Life savings in currencies?
Better you let her memory die.

In a massively over-leveraged, debt-soaked world, desperate to deflate… 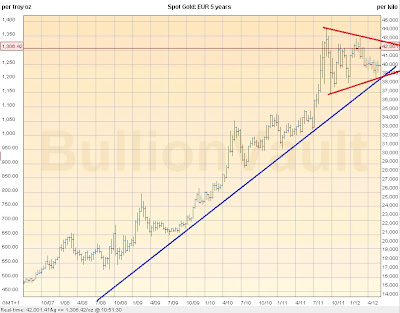 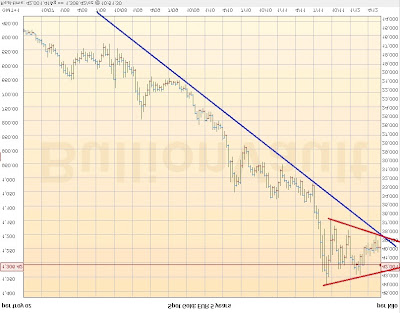 … only one tool can, once again, survive the task of solving all the world's financial problems. Just as it has over and over in the course of human history. Only one Central Bank today is technically able to employ it effectively, to use it in a controlled way to avert uncontrolled collapse of the global financial system. If you don't see it already, you are going to at some point kick yourself. The sooner you see it, the better I'll like it.

Much, MUCH more has been promised to everyone holding money in their life savings, than the real world can ever hope to satisfy at anything close to today's prices. First up, far more money has been promised (through debt bonds) than currently exists - making further bouts of Quantitative Easing, short of unthinkable defaults, at some point a shoo-in. Second up, certain governments today continue to spend far beyond their income levels, beyond even the capacity (or desire) of the rest of the world to finance their deficits through the purchase of more sovereign bonds - the only way that can work is if the remainder of the deficit is purchased by the Central Bank; the very definition of QE. So again, in the absence of meaningful belt-tightening by these governments, further (and imminent) QE is again a shoo-in. As all of that additional money comes into existence, simple supply-and-demand dictates that prices in general must inevitably rise. This is even setting aside for now the likelihood of increased currency velocity as people see what is happening and spend their money faster, before it reduces in value. An increase in velocity will have the same effect as a further increase in volume.

Gold isn't "just going up". Since the birth of the euro, currency values are undergoing a managed decline. This might at first blush sound like a bad thing, but it's a lot better than an uncontrolled global mega-bust. The value of gold is being stretched to span the yawning chasm between savers' dreams, and what reality will allow. At a sufficiently high relative price of gold, something can be bought with every last money promise, without the price of absolutely everything rapidly rising in an uncontrollable hyperinflation. Or the price of absolutely everything spiralling down leading to a deflationary new economic ice age.

My suggestion is to accept the reality that is right in front of our noses, then get out of the way of the inevitable. Go with the flow, rather than making a futile attempt to arrest it. The inevitable always happens, whether you ignore it or expect it. So expect it. Embrace it. 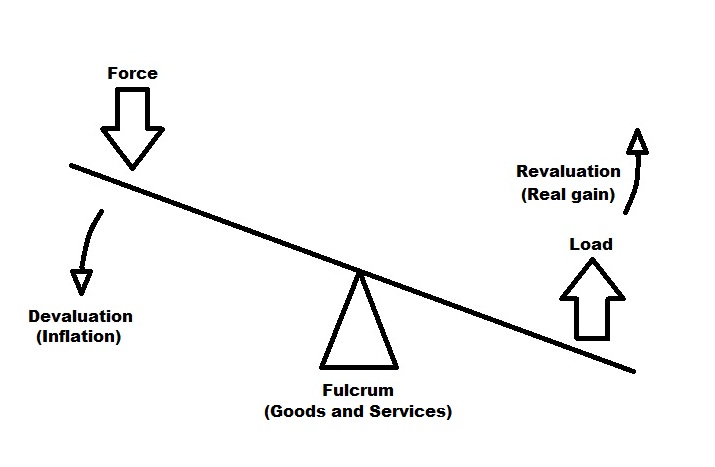 Not all currencies, unfortunately, are set up to benefit from this unfolding process. The balance sheets of those Central Banks will, without significant structural reform, become irretrievably insolvent. The currencies they issue will, as a consequence, be rendered almost worthless.


Promises are cheap. Get paid today.

The good news is that the process still has quite some way to go, but you should know that things such as this generally tend to unfold at first slowly, then all of a sudden.