The ultimate asset bubble is gold

People have continually misinterpretted George Soros' recent comments that "gold is the ultimate asset bubble". All commentators that I have seen in the media appear to take him to mean gold has been in a bubble, that has now popped.

My take is that George Soros is doing what George Soros always does. He has identified a longer term investment theme that he sincerely believes in the fundamentals of, wastes no time acting on that understanding of the situation, and makes no bones about telling people what he thinks is going to ultimately happen. On past history of his performance, I think you and I ought to take notice of what he thinks.

What he thinks, if you ask me, is that gold will be the ultimate asset bubble. He even goes on to say that he expects to lose money on this bet. (Can you hear the implied word "initially" here? A seasoned investing legend like this guy does not invest in anything that he truly believes he'll lose money on.) Likely over the next quarter or two, perhaps a year maybe even two, who knows, he will probably record "paper losses" on his carried position. But I reckon he's right, that in the longer term the price of gold will go ballistic and that paper losses he reports along the way (while carrying the position, not closing it) will seem trivial by comparison when the time does come that he wishes to collect his speculative gains by finally selling his holding.

Gold will not do this because it pays a competitive rate of interest for holding it, nor will it provide dividend income from its operating profits over time. In fact, gold will not fundamentally increase in value at all. On the contrary, the currencies that you use to buy the stuff with will be the thing losing value, as confidence in the governments issuing those currencies declines. That is the stuff that always causes hyperinflation. 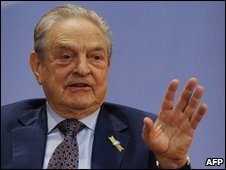